I’ve been making candles for close to 3 months now, and below are some tips I found to be helpful.

Get a scale to help measure wax 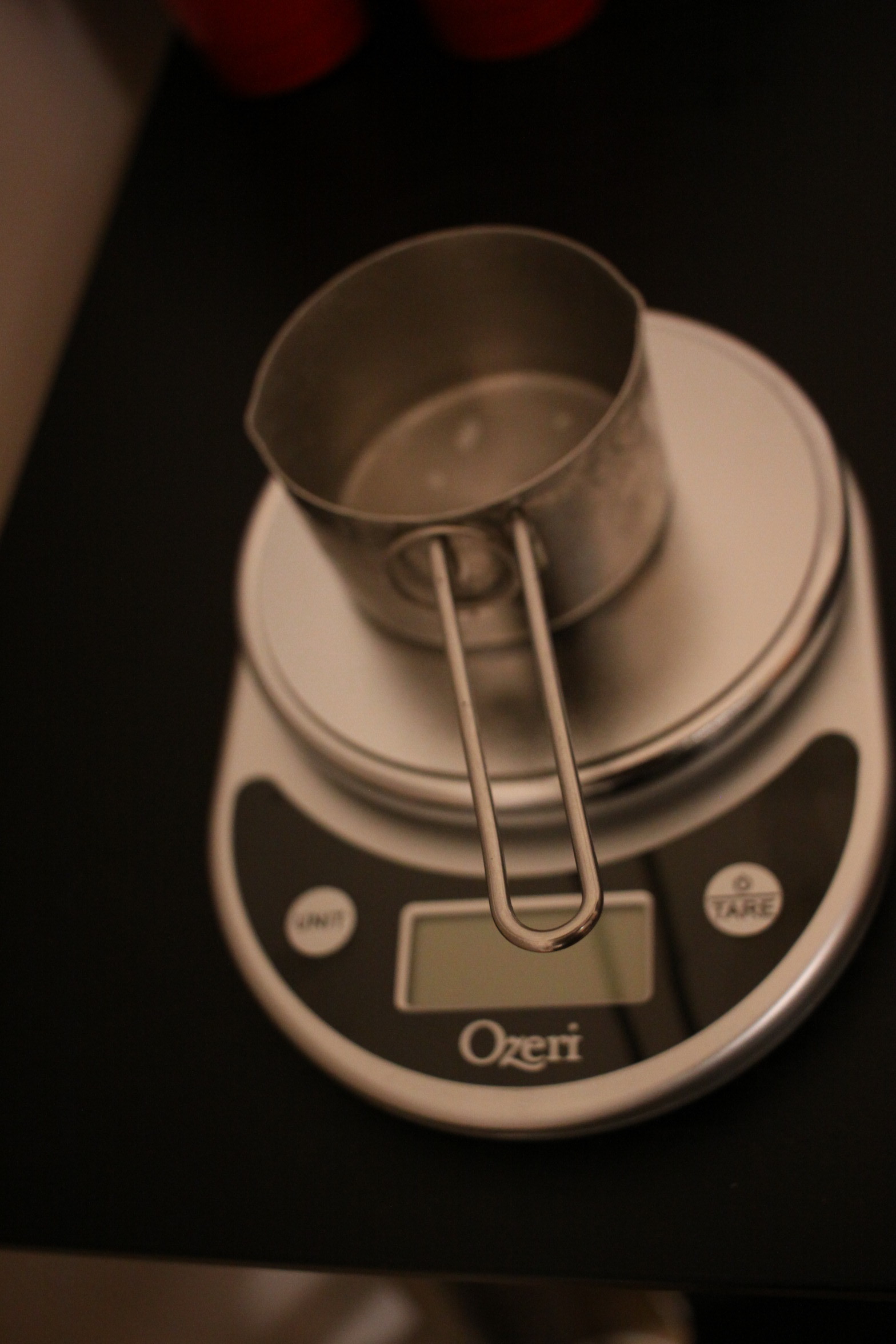 Measure by weight rather than volume. And use tools that are equipped to measure so.

When I first started out, I used measuring cups to do my measurements. I was measuring by volume, and this resulted in inconsistent wax pours between batches. Once I switched over to measuring by weight with a scale, my pours were a lot more consistent.

Get cheap candle tins for testing 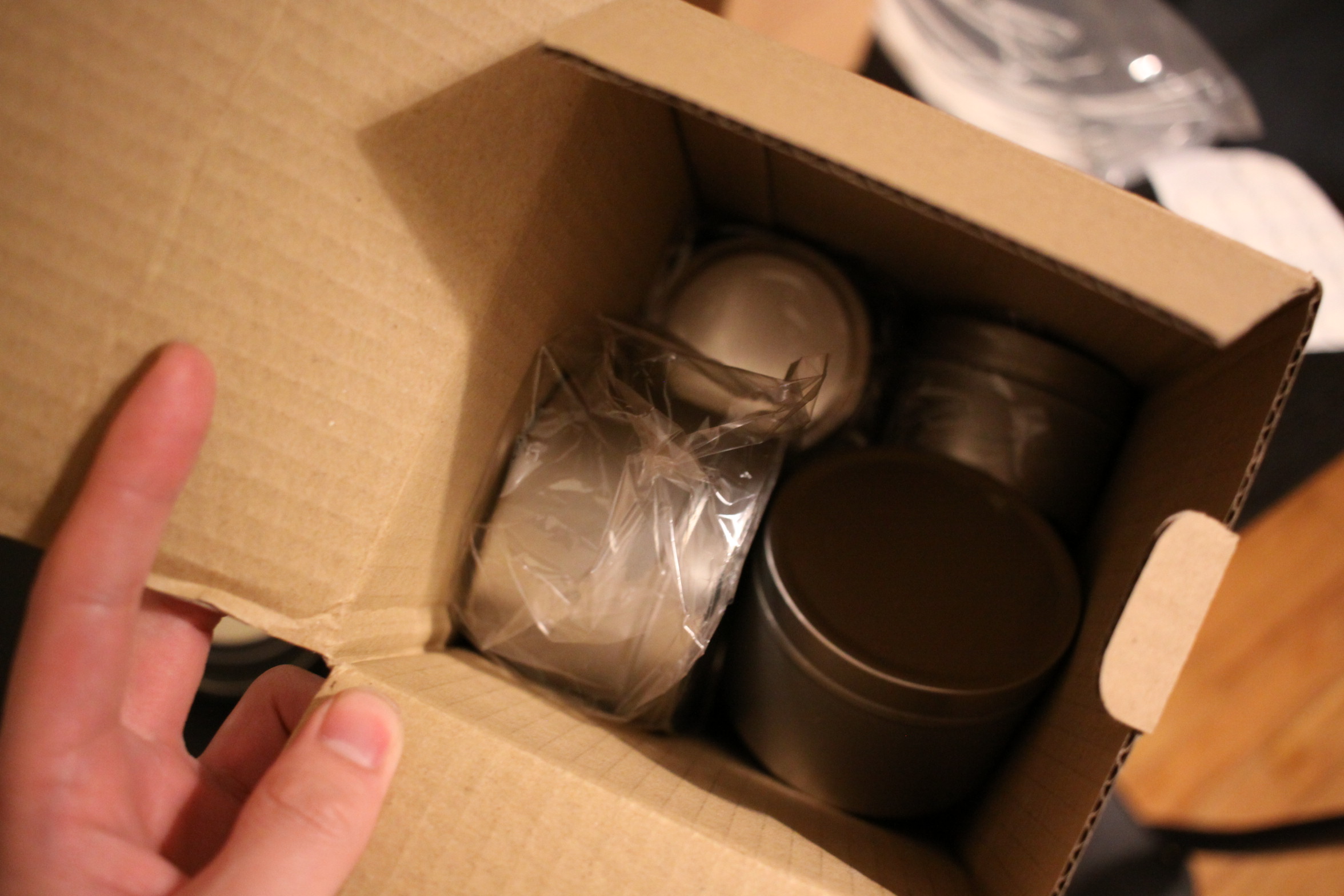 I’d say it’s guaranteed that your first couple of batches will have some sort of fault with them. To minimize wasted supplies, I’d suggest practicing with cheap, small, tin candle containers first. I’ve found glass to be a bit more expensive and less forgiving to work with. 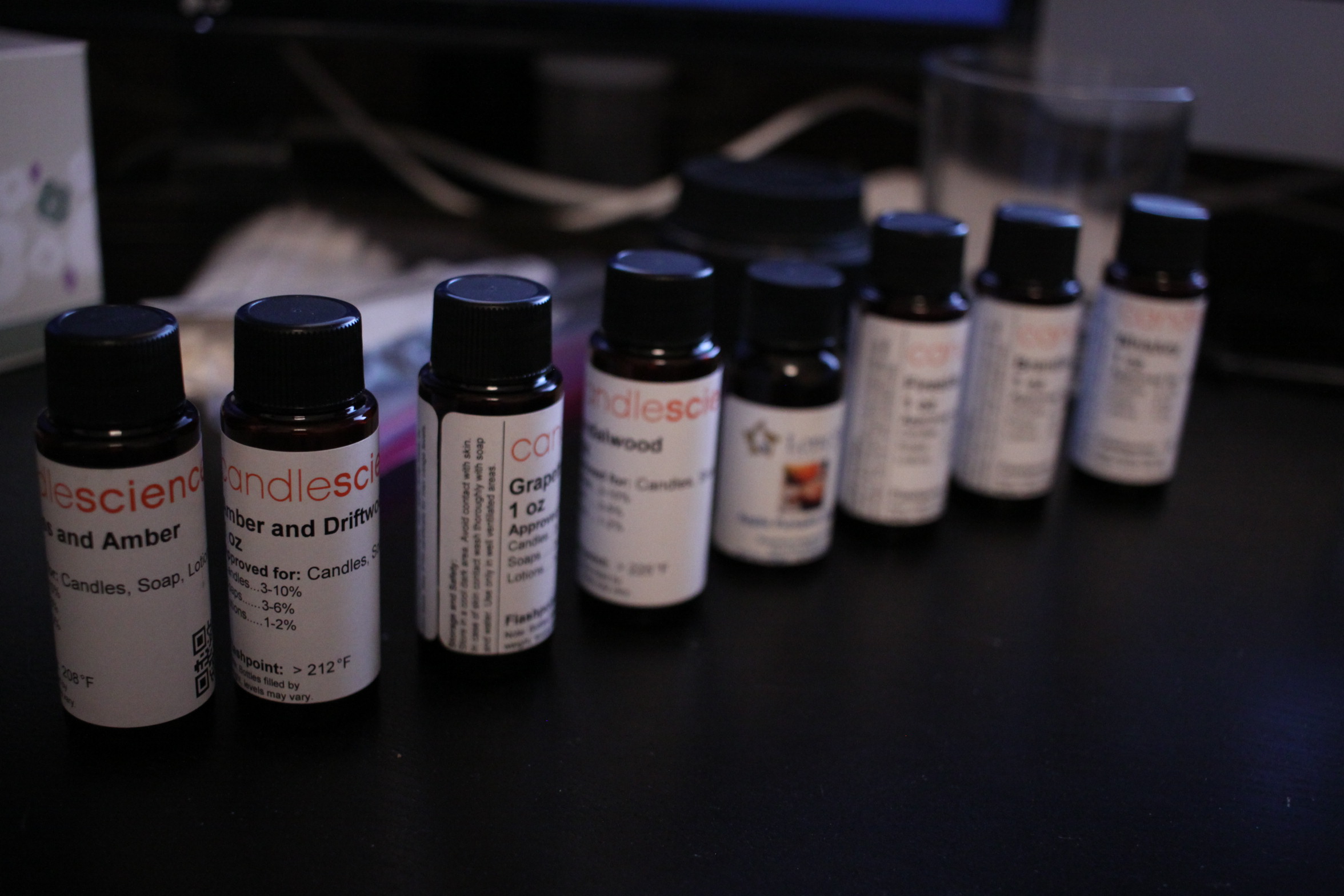 Row of one oz fragrance oils.

I made this mistake by purchasing an 8oz supply of a leather fragrance that didn’t turn out to be the leather smell I wanted. The smell was more of a “new car leather” smell rather than a “worn and used leather” smell. I ended up just shelving that bottle, considered it a loss, and turned to seek out another supplier instead.

Had I stuck to purchasing a 1oz bottle, I’d have incurred less of a loss, and the funds could’ve been spent on trying other fragrances instead.

In the beginning, I think it’s important to prioritize developing a comprehensive scent pallete. This way, you’ll have an intuition on which fragrance oils would pair good with what other scents. Figuring out my candles’ scent compositions was an arduous process.

Get a good thermometer 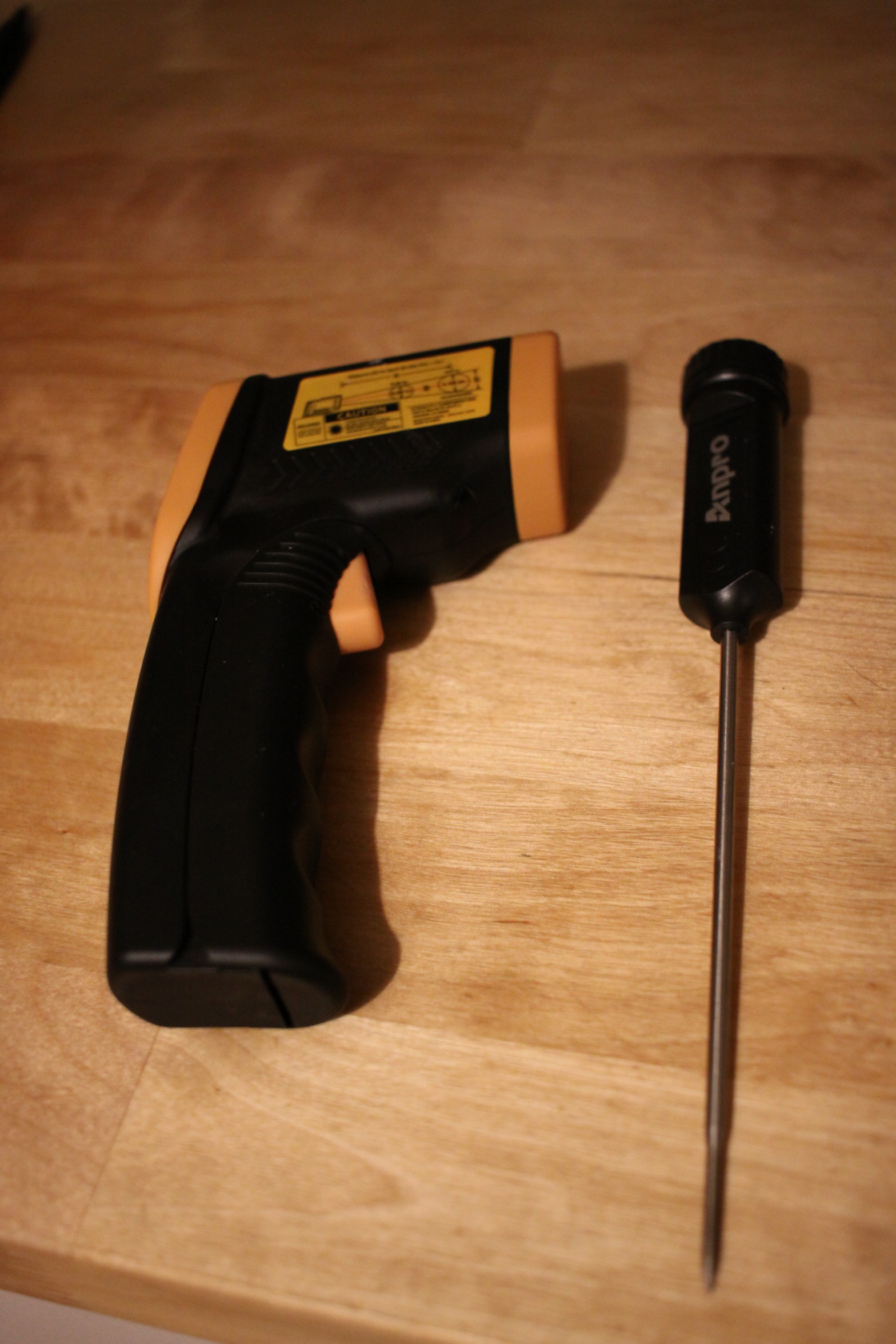 When I first started, I had two types of thermometers. I had one that I’d stick into the liquid, and another that I’d point at the liquid. Both had their pros and cons.

The in-liquid thermometer tended to give more consistent readings. However, it required more cleanup as wax would accumulate on its tip.

The fluctuations are probably attributed to the shiny coating of the candle pouring container. Infrared thermometers are known to have difficulty when used against shiny backgrounds.

Regardless of which you decide to use, make sure you get one that you are comfortable with. Temperature plays a big part in determining the quality of your candle.

If you are using a candle-wick holder (like the one below), cut from underneath. 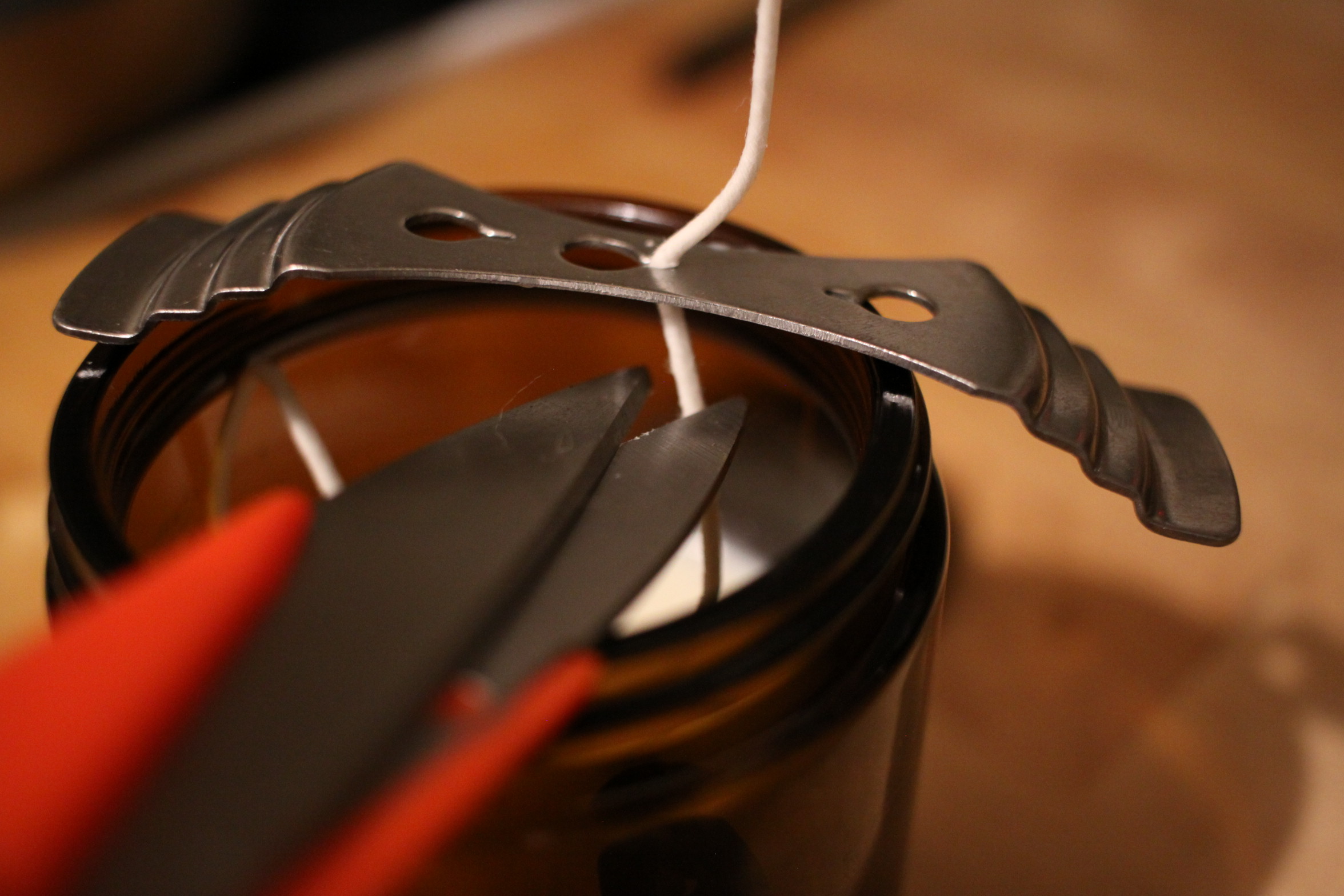 Though if this happens, don’t fret, you can always apply a heatgun post-cooling to fix the tops.

Take notes on everything 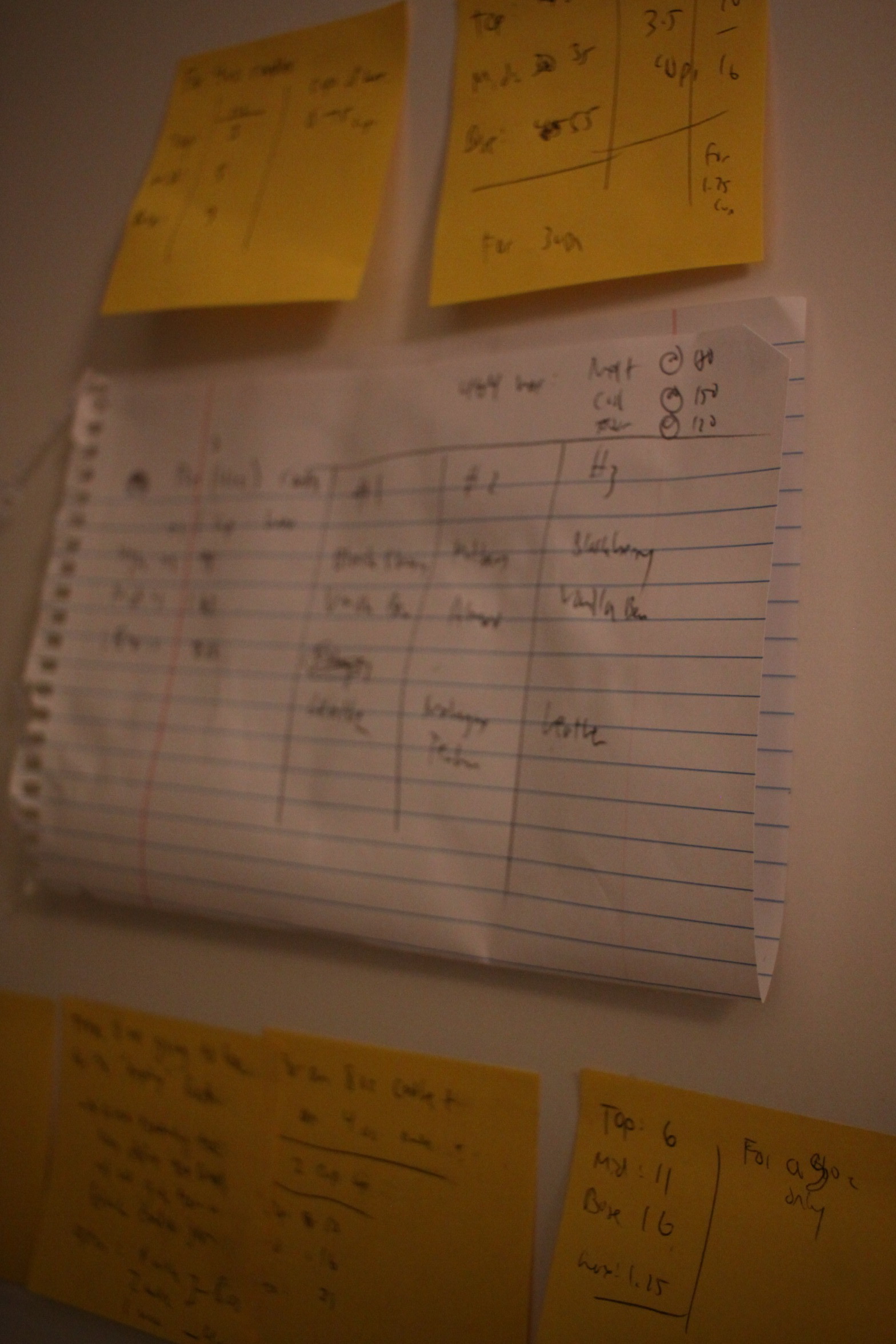 There will be a lot of trial and error as you journey through the path of candle-making. Scribe it all down so you can refer to it later. An example of how I’ve found note-taking to be useful is when trying to pair scents. I note which scents work well with which, and which scents don’t work well with which. This way, I can save some time in the future if I know whiskey and brandied pear go good with grapefruit and mint (two very bold and sweet scents).

Have your candles rest on a tray. 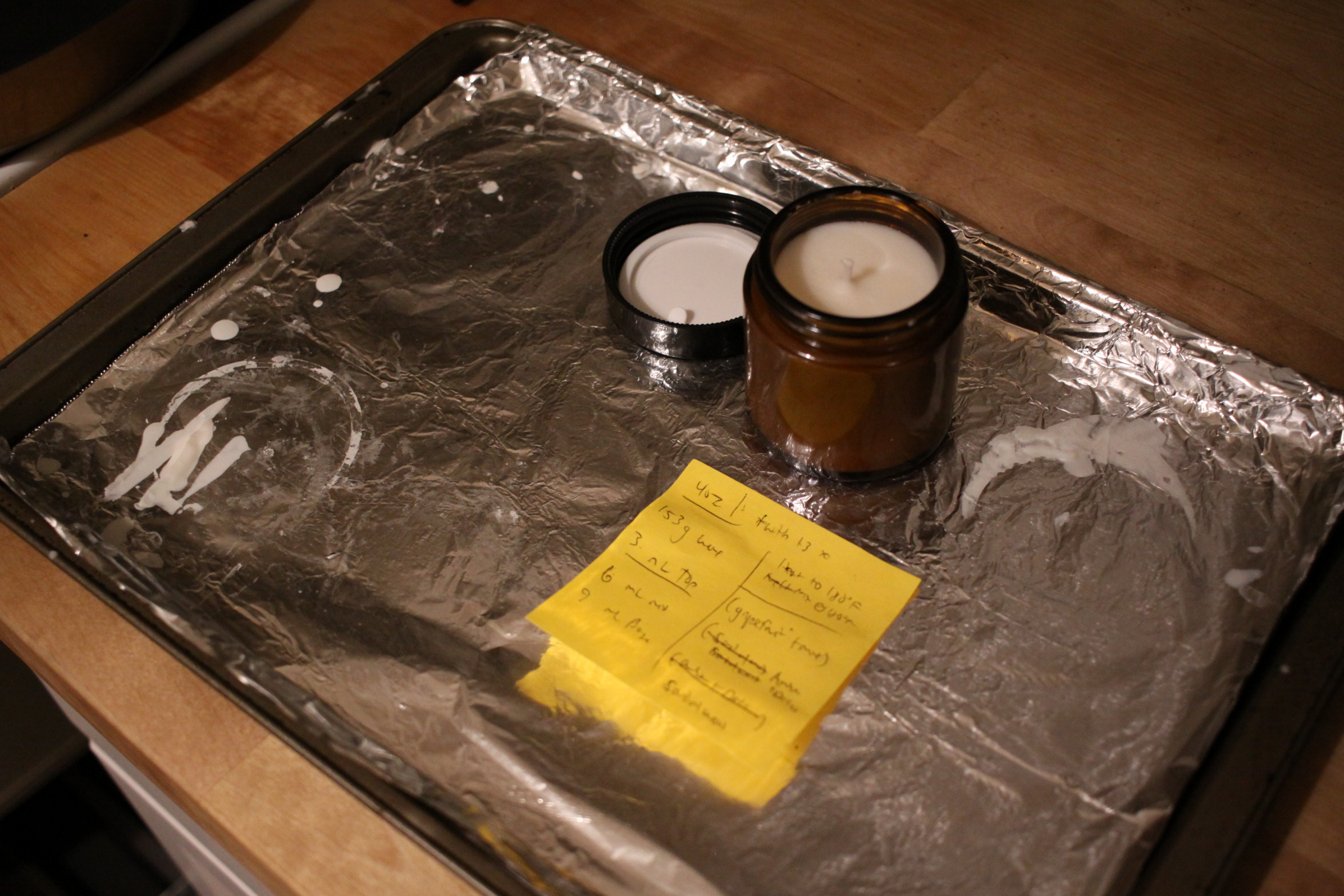 Nothing is worse than dropping your liquid candle when moving it from one spot to another. You should rarely be moving your liquid candles as you want to minimize movement when cooling them. However, maybe you aren’t able to deter your cat from intruding the area, or you need to prioritize cabinet space for something more pressing, having your candles in a single unit will lessen the risk of spilling or dropping your candles.

Reason why I have this on here is because I’ve dropped my hot, liquid candle when transporting it out of reach from my curious cat. Hot wax got everywhere, and it took all next morning til I was able to clean it up. Note that cooled wax isn’t something you can just easily wipe off, you have to do so with a hot paper towel. Plus, you’ll have to have an additional paper towel, on top of the hot one, to absorb the melted wax. Otherwise, you’ll just move the wax around. All in all, it’s a painful clean up task. Don’t burden yourself to experience it.

…and here’s a picture of the culprit who made me drop a glass filled with liquid wax all over my kitchen. 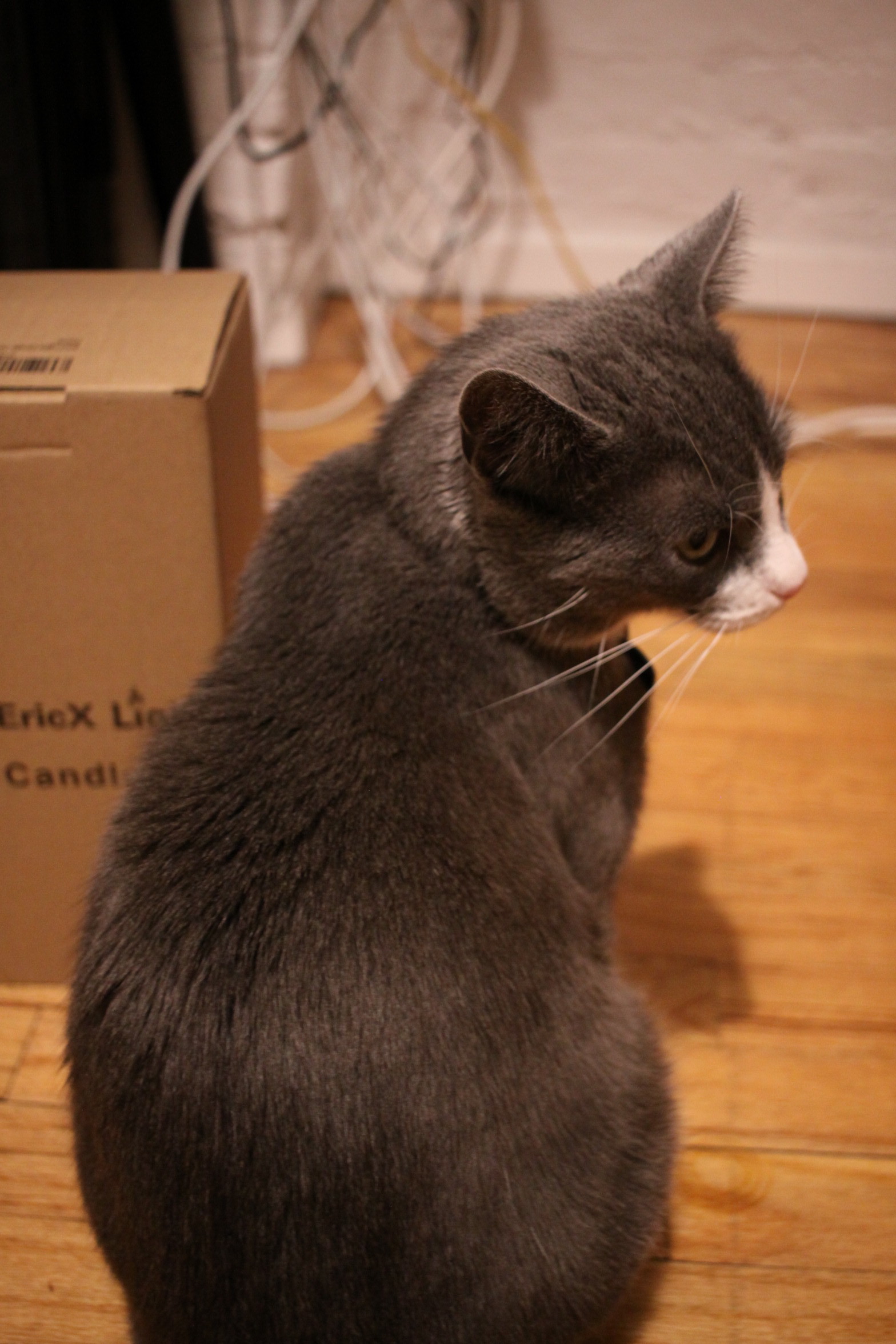 Like the first point, having multiple pouring pots will help you make more candles at once.

I know there are more advanced pots that can help you melt huge amounts of wax at once. But if you are like me and don’t have enough order flow to justify one of those advanced pots, stick with multiple small-scale cheap candle pouring pots instead. This way, you can have different types of candles being made at the same time, hence parallelizing your workflow.